Morocco offers a spectacular blending of European, African, Jewish, Berber, Islamic and Arab influences. Fascinating landscapes include splendid snow-capped mountains, unspoiled beaches, vast stretches of Oasis, Berber fortress, green river valleys and labyrinth of ancient cities. The markets in the cities are a wealth of beautifully designed handicrafts. Traditional Kasbahs and riads are restored for offering them as hidden guesthouses which can be basic and also luxurious. Taste the signature Moroccan cuisines like chickpeas and vegetables, lentils, home-cooked tagines with vegetables or chickens flavoring rich spices like cumin, garlic coriander and saffron and full-flavored harira soup of lamb. Flat bread is the staple food of the Moroccan diet. Best Morocco tour packages always provide all these enjoying items.

Morocco is one of the ancient kingdoms belonging to the pre-historical times. Immigrants from the east joined the already existing tribes and turned into ancestors of Berber tribes. They occupied the Rif Mountains from Neolithic age. Roman Empire acquired control of the west on the northern part of Morocco and then joined the Berber tribes after they defeated Carthage 146 BC. Vanadals were the first to invade Morocco and later on in 7th century, Arabs invaded the country and introduced Islam in Morocco. In the subsequent centuries, a number of ruling dynasties became powerful. These dynasties included the Idrissids, the Almoravids, the Almohads, and the Merinids. However, none of them were capable of upholding the support of Berber leaders.

Portugal and Spain intruded into Morocco by 15th century, after they have debarred Moors from their homelands. Morocco was able to repulse all these invasions successfully, but the European imperialism was too powerful to repel. By mid of 19th century, the European powers started to feel the strategic importance of Morocco and these powers began struggling among themselves for the possession of Morocco. Finally, in the year 1911, France formally became the protector and ruler of the country and Spain received a few isolated locales. In 1953, the rule of French ended yet, it has left its cultural influences over Morocco till date. At present, King Mohammed VI rules the country. He seems to be highly popular and has also solved few fundamental issues to bring long term stability to Morocco as well as to increase its economic prosperity. Get a glimpse of Moroccan history with best Morocco tour packages.

Berbers are the native ethnic group of people residing in North Africa. They were the light skinned people who were given several names. But actually they were the Arabs who were popularly known as the Berbers. They were also called by the name of Amazigh. They have lived in Morocco for around 4000 years and their tendency was to stay in the desert and the mountainous regions. During 9th and 10th centuries Islam was introduced to Berbers. Before this time, Berbers in Africa were mostly Jewish or Christians. Almoravids and Almohads are the two great Islamic dynasties of the Berbers, who ruled large parts of Spain and northwest Africa.

Today, the Berbers of Morocco mostly live in the mountain regions, although these days small shops are run, owned and operated by the Berbers. They are even seen to take commercial endeavors. Nomadic Westerners are also categorized as Berbers. They rode on camels for crossing the Sahara desert and they were either traders or farmers in the early times. They were mainly engaged with goods transportation to the northern cities of Morocco beyond the desert landscape. Best Morocco tours packages allow you to experience the culture and tradition of Berbers.

Moroccan Arabic is the dominating language that is spoken in the region. Besides this, there are other three languages of the Amazigh Berber – Tarifit used in northern Rif, Tamazight in eastern High Atlas and Middle Atlas and Tashlhyt in western High Atlas, Sous Valley and Anti-Atlas. French is also commonly used in the country, especially amongst the schooled Moroccans.

Predominantly, Morocco is a Sunni Muslim country with minority sections of Christians and Jews. Berbers, Arabs, Moors, Jews and the French have strongly influenced the culture of the country. It is the unity of the diversities. Moroccans show equal hospitality to Muslims as well as non-Muslims, but, they don’t allow non-Muslims to have access to Islamic religious monuments. There are also exceptions to the custom where visitors are allowed to enter the most formidable shrines of Morocco like Hassan II Mosque in Casablanca. This newly built shrine stands third amongst the largest monuments across the world.

Atlantic and Mediterranean fence the country and High and Middle Atlas diagonally bisect it. Thus, there is great variation in Morocco’s climate by locale and season. During summer, day temperature is extremely high but the night is pleasantly cool.  In the high altitudes of the mountain regions, evenings during summer are cool. During winter, weather condition is mild, except in mountains where the temperature is freezing. There is short supply of water and March and November experience rainfall. 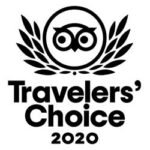 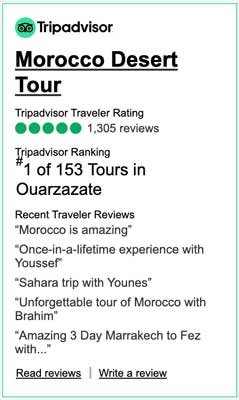